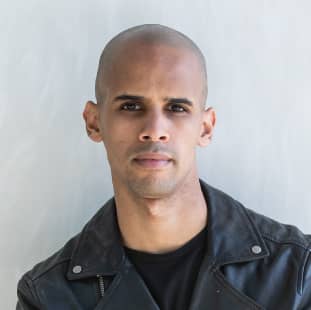 Not long ago, while researching for my first book, Greyboy, I asked Black kids who’d attended predominately white schools to rehash the brush-ups with prejudice that their younger years had delivered. Though time had passed, the memories rushed back to them forcefully.

One twenty-something described receiving suspensions throughout high school, always attributed, obscurely, to her “bad attitude”. A young man repeated the phrase his white peers complimented him with more than once in those years – “I don’t really like Black people but I like you”. Another young woman recalled hearing a white classmate refer to their Black peer as “that nigger kid”. She was in first grade at the time.

To their chorus, I added the experiences I’d gathered under similar circumstances  – the soccer game where I was called a nigger and told to run home; the college counselor who informed me that Georgetown, my alma mater,  was far out of reach; the house party that police stormed into, thrusting my best friend and I, the only Black attendees, to the floor, then drawing their Glocks.

So, when I stumbled upon the Instagram pages that have popped up in recent weeks for Black alumni to publicly rebuke the lily-white academies that molded them, and when I read the litany of not-so-microaggressions they listed, I knew they spoke truth. Blackness, in an environment that places little value upon it, can be an isolating affliction.

Fortunately, the stories are having their intended effect. Schools from New York to L.A. have been dragged into a reckoning. Institutions are, seemingly for the first time, considering the adverse experience they have cultivated for some. This realization is a hard pill to swallow. Almost daily, when the trend began, the white people with whom I shared those spaces described the shock and horror they felt at realizing such ignorance thrived within their hallowed halls.

The pages surprised me too. I’m surprised anyone cared.

I commend students today for using modern tools to thrust these narratives into the spotlight. They’ve forced a conversation that is many decades overdue. But I remember my own time in high school and know that we weren’t church mice either. I graduated six years ago. We had Twitter.

We lamented our daily indignities across Tweets, Facebook groups, and groupchats. We talked about them in Black Student Unions and segregated lunch tables. And we took it a step further. We told faculty, and staff, and guidance counselors, and heads of school. And when nothing changed, we kept on keeping on ‘cause it was easier that way. No one seemed interested then in the Black prep plight.

So, perhaps my community is allowed its shock, but it can’t rightfully claim ignorance. And if I am to believe the stories coming from alumni of schools across the country – which I do – theirs can’t either.

The prejudice found in white spaces, like all other forms, operates on two levels, both of which seem to have gone unnoticed. Not for a lack of evidence but for a determined unwillingness to see.

The first is local. Those interracial, interpersonal interactions that white classmates called “funny” – or in sparse moments of enlightenment, “mistakes” – but I knew to deem destructive. Slights on hair and hips for the girls. Dim expectations for the boys. Commonplace discourtesies that seemed insignificant, but when added together, marooned us Black kids on an island of uncertainty, calculating constantly where, within the high school scheme, we might find a home.

@BlackMainlineSpeaks (the page for my locale) and others like it have created a forum for us to call this first sort by its name – not “mistakes”, nor “kids being kids”, nor “oopsies-daisies” – but “racism”. It is an important step. The collective catharsis shared by Black students and alumni was hard earned.

But students can’t be expected to change the second sort – the structural. School leaders must. Not through letters to boards, all-school assemblies, or Black History Month assignments, but through an ongoing commitment to the practice of reversing Black neglect that seems so in Vogue today. And I hope they do. Today’s Black students deserve not to see the shadows of our adolescence repeated in theirs.